How the Swiss photographer Bruno Penguin Zehnder went missing in the penguin empire of the Antarctica.

He died on his 22nd expedition in the Antarctica and died where his happiness was secured – near a flock of emperor penguins in the eternal ice. He was not far away from the Russian research station Mirny: a Swiss man who called himself Bruno Penguin Zehnder.

Knowing no compromise, the photographer Zehnder knew but of one subject for his Nikon F1 camera: the penguins. In 1975, on his first trip to Antarctica, he got close to these amusing black birds with no wings for the first time. „It was like a lightning struck. I suddenly knew what I was going to do with the rest of my life.“ He was only 30 when the penguins became his ultimate passion. Henceforth he carried the middle-name initial “P.” (naturally standing for “Penguin”) around with him in his passport.

President Gorbatchev was so impressed with Bruno P. Zehnder that in 1988 he let the Swiss photographer on board of the Russian icebreaker “Akademik Fedorov”. Thus Zehnder was one of the first Westerners to venture to the then still Soviet Antarctic stations. In 1994 he spent a whole year on Mirny station as first and only foreigner amongst 42 Russians.

His pictures of the life-cycle of his “emperors”, the emperor penguins, found acclaim around the world. In 1988 the Museum of Modern Art in New York acquired photographical works by Bruno P. Zehnder. And in 1990 a penguin looked from the frontpage at buyers of Time Magazine. In the same year Zehnder was awarded the BBC “Wildlife Photographer of the Year Award”.

However, Bruno Penguin Zehnder’s photographical zenith was during his stay at Mirny-station in 1994 and 1995. In fiercest conditions of the Antarctic winter, with sometimes minus 70° celsius, he carefully documented the mating and breeding within a colony of penguins. Fascinating fact for Zehnder was that the penguin-male shelters the egg for 65 days, balancing it on its feet. Upon his departure for Mirny in 1997 he said: “I really have to get one more shot: the penguin-chick as it hedges out of its egg during the Antarctic storm.” Before leaving Kennedy Airport/NY to pick up the icebreaker in South Africa, he promised to his girl-friend that this was going to be his last trip to Antarctica.

The making of “The Penguin Man”: 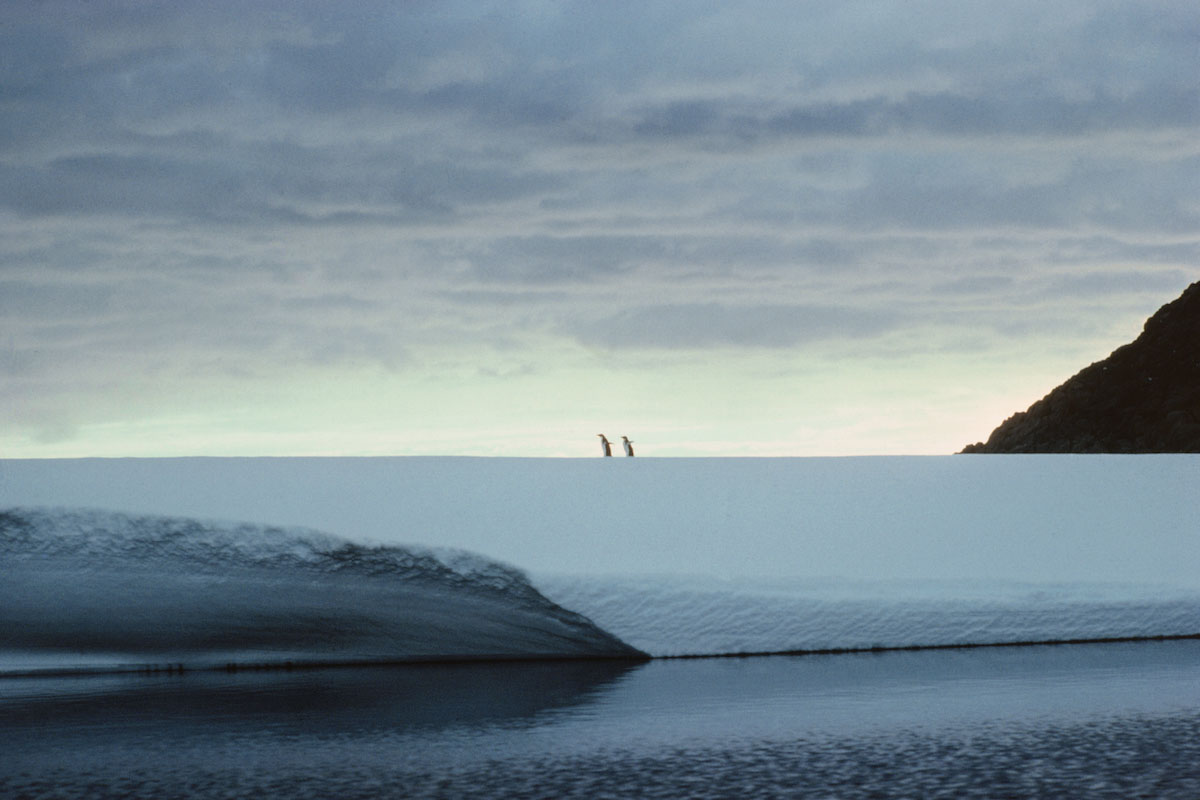 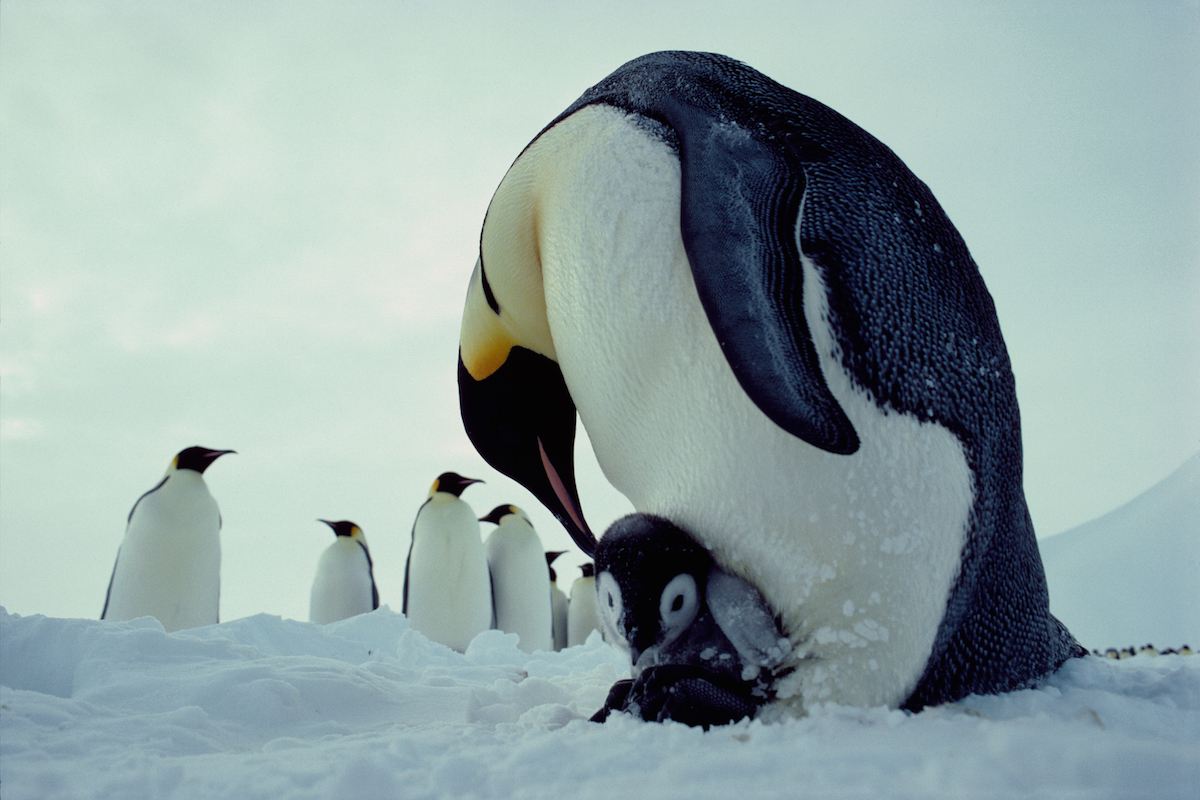 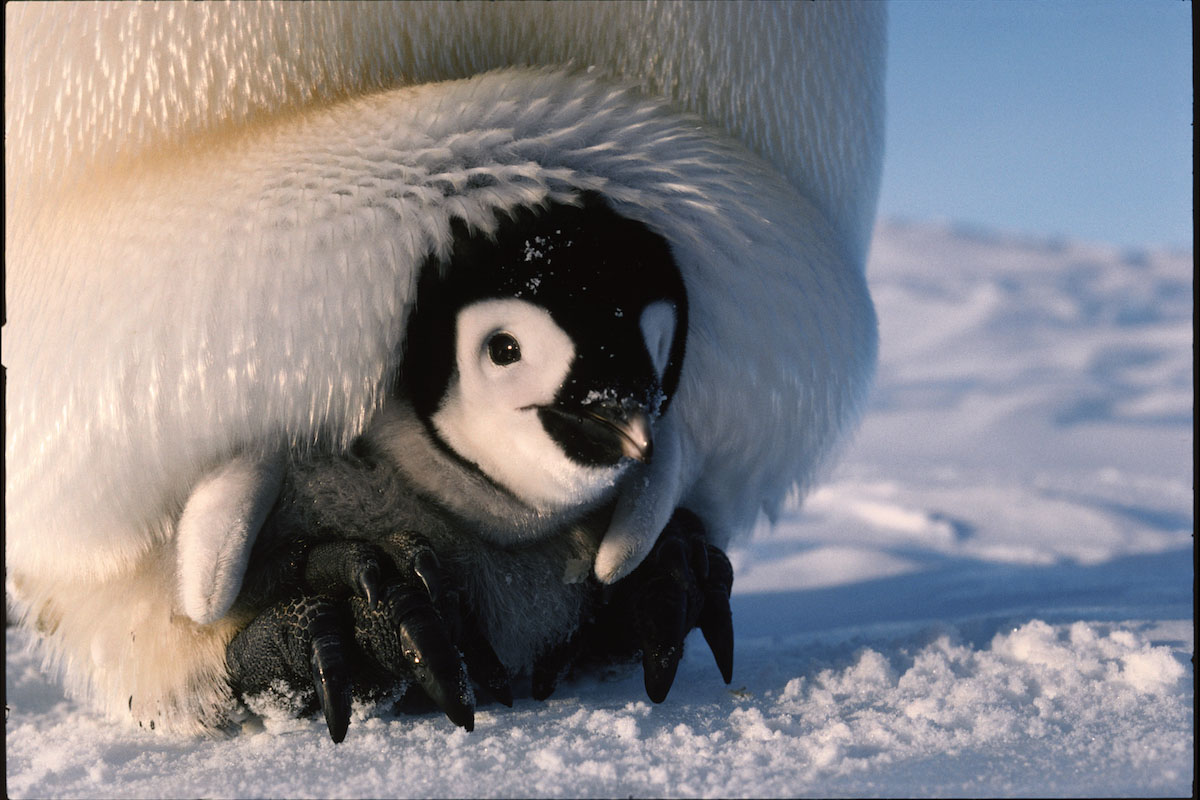